Posted at 10:39h in Case Studies by admin 0 Comments
0 Likes 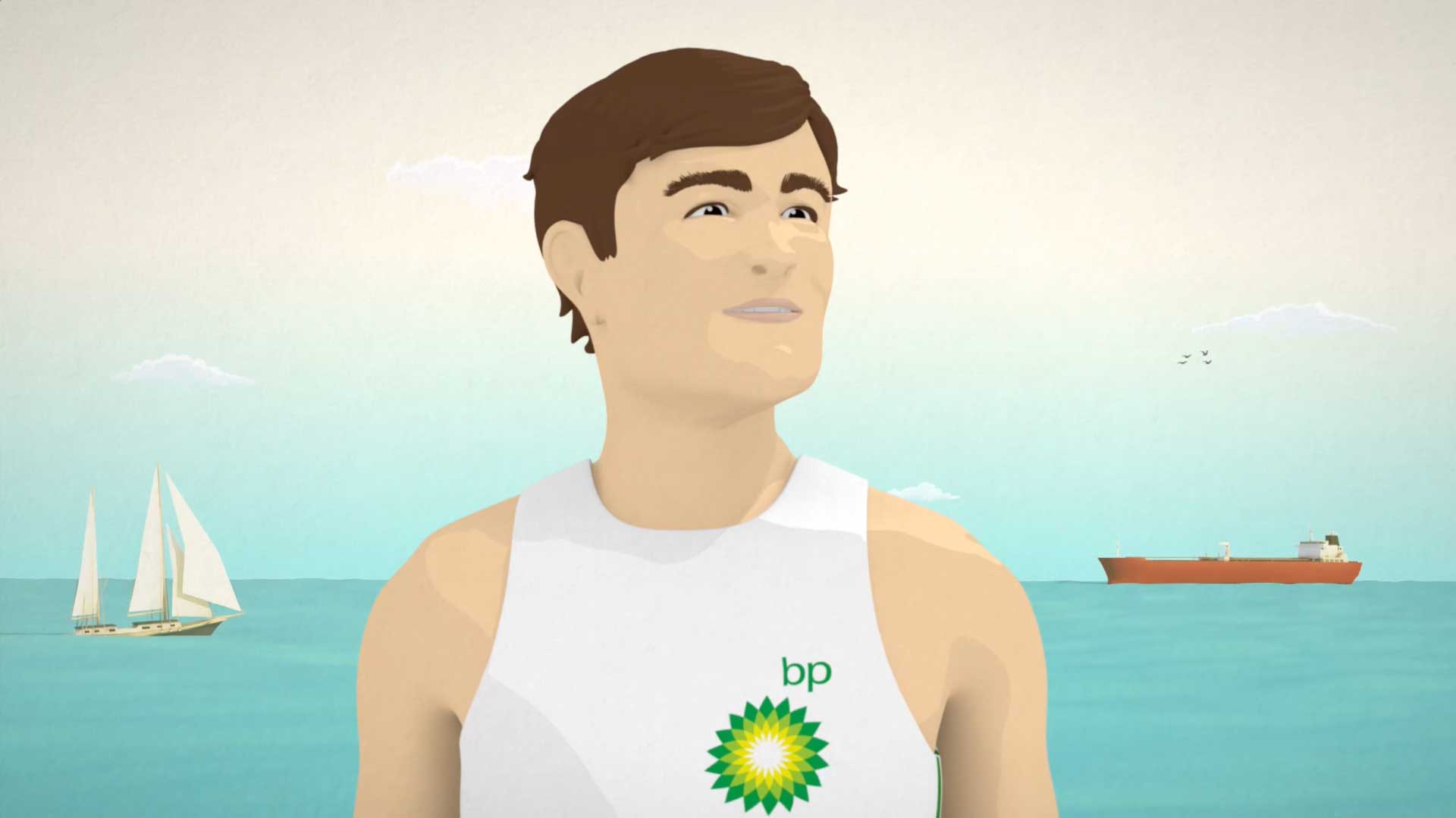 The animation we completed for BP’s sponsorship of the Islamic games in Baku 2017, and their investment in Azerbaijan for over 25 years was a huge undertaking. An immense challenge on both a creative and organisational front. We had to double our usual crew to 25 artists in just 3 days! On just a 40 day schedule Orchard’s team had to create a fully CG character based advert, right from conception to delivery. This included creating 7 fully animated athletes, lots of landmarks and a fully populated stadium! Starting with the script supplied by Ogilvy London, we worked closely with them to develop the look, feel and creative approach.
Once this was signed off we set about the huge task ahead. This started with modelling the seafront location in Baku, where the majority of the ad would be set. We collated lots of reference on the buildings and landmarks that would create the characterised Baku setting, but still be realistic enough for recognition in market. At the same time Luke and Martin plotted out the storyboards and started the process of fleshing out the creative. A separate team went about creating the athletes models in tandem, these would be the stars of the ad. The process began with us drawing reference caricatures of each athlete which would help the modellers. The modelling and rigging of each character was a lengthy process. This was a very important part of the project, going through several rounds of changes until the client was happy with their likeness, and getting approval from the local client team. We had an approved animatic about 20 days into the schedule, this enabled us to start the camera moves and block out the landmarks. As Baku was not a city largely used in animations before, the landmarks were all built from scratch. As part of this we had to build the Baku Olympic stadium and fully populate it with cheering crowds.
We had a playblast wireframe render about half way through production, this enabled the client to get a very good idea of pacing and flow. The client started to also get a good idea of the concept of BP’s infrastructure builds and Baku becoming a modern city. We got to a stage where we could fully render all the backgrounds and cut the animation to a stirring music track that added emotion and drive to the animation. This also enabled the character animators to set about animating the main character and his journey from man to boy. With everything now signed off, from every landmark to the athletes look and poses we could finally start the final renders and get compositing.

The team worked hard to keep a cartoony but sympathetic feel through this part of the project. Adding small details like flags and birds, and adding a level polish to help bring the ad together. This included a last minute Harding’s test hiccup and finding a work around. This was due to the pattern of the outside of the stadium… Hence a third bird flying through the frame! Job done!
Last stage was to record a vo session in Azeri remotely and for Alex our sound engineer to put the final touches to the mix.
So we got there, on time and on budget… An amazing effort from the team and a final piece we are all immensely proud of. The ad went down extremely well in Azerbaijan and the games were a huge success!
Software: Cinema 4D, Maya and After Effects.